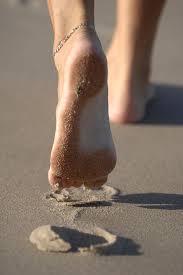 Last night I reached another ‘first’ in my widow journey.  I met some new people without doing that thing where you somehow find a way to announce that you’re widowed.

It was a dinner party at a Greek restaurant with a close friend, her fiancé and three other couples (so yes, I was the only ‘single’).  That’s six strangers, who hadn’t been filled in on my ‘back story’, and I got through the night without crumbling.

This is a big step for me.  For a start, I don’t really enjoy meeting new people.  I’m not anti-social or rude, I’m just very introverted and I struggle to let new people in.  Most of my friends and family don’t even know this about me because I’m so friendly and relaxed with those I know and feel comfortable with.

I work in communications and public relations, so professionally, I often have to be confident and assertive in speaking to people I don’t know, to build a rapport and put them at ease. And I do this well.  But given a choice, I’d spend my free time either devoting my attention to the people I love or curled up at home, alone with a book.

Once Dan died I became even less likely to put myself in a situation where I’d be pushed out of my comfort zone.  Because, lets face it, getting through the day is hard enough without extra challenges like having to make small talk with friends, let alone strangers.

However lately I’ve been making an effort not to close myself off to new experiences or meeting new people.  I’m not ready to think about dating yet, but it is something I hope is in my future.  I’m 34, I miss being a wife and also want to be a mum one day.  The chances of this happening for me will be pretty slim if I refuse to leave my inner circle. But, baby steps… I figure that by starting out making new friends, my confidence will grow.

So not only did I survive (and enjoy) dinner, I also didn’t have that weird need to blurt out that my husband died.  Does anyone else do this?  It’s like by letting people know I’m widowed, it will somehow give relevance to whatever conversation we’re having.  I tell people at the bank when I’m depositing a cheque, I tell the beautician who is waxing my eye brows, and recently, I told my new dentist, as if knowing Dan had died was necessary for her to able to assess my oral hygiene.

Maybe I am so used to being on the brink of tears at any given moment, that I need to advise people in case of any pending breakdown.  Maybe it’s because, for the past 14-and-a-half months, Dan’s death has been such an integral part of my life, it has touched every aspect of who I am and what I do. It still does.  But somehow last night, as I chatted to these lovely people about my day and my job and the other usual dinner conversation topics, I didn’t want it to be the most important thing.

I did notice a couple of glances at my wedding rings and wonder if anyone was thinking: where is this lady’s husband tonight and why is she talking about ‘me’ and never ‘us’. However where I’d usually always weave it into conversation, last night I didn’t.

As I drove home from dinner my mind was with Dan, thinking about how nice it would have been to have him by my side.  Wondering if he would have enjoyed the food and found these new people as charming as I did.  As I rested my head on my pillow I let my thoughts wander to memories of him holding me every night, wishing his arms were wrapped around me still.  The ache for him is constant but I acknowledged that I’d taken another step forward.  Another step without him, which hurts and I hate, but I wasn’t standing still.