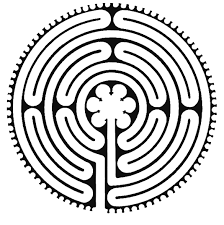 Had you asked me a few months ago what the best way for me to cope with losing Megan was, I would have immediately told you it was being out in nature.  There was no alternative for me.  I needed to be in the woods, away from people and cell phone service.  Someplace I could be quiet and think.  It was a meditative place of my own, that I never actually thought of that way until Megan died.

To me, other methods weren’t “wrong”; they just didn’t work for me.  I could respect that some people found comfort in meditation, music, religion, or art, but I was too stubborn to see any other way for me.

Something has changed in me now though.  After meeting Sarah and seeing some of the methods she has used, such as art, as a tool to help cope with grief, I have been enlightened.  Perhaps I was too cynical before.  Perhaps I was too stubborn to realize that there is more than one way, even for  singular person, to deal with things.

Two weeks ago, we were together in Mammoth Cave National Park.  We had taken a few hikes, and at one point, as she was taking some photos, I fell into that deep mindful state that I had once thought was only possible to do when I was alone.  The fact that she has an appreciation for simply being in that state likely had something to do with it.  In this state, I could converse with Megan.  I could ask her what she felt about things, and if she approved of where life (or she) had taken us.

Today, as I write this, Sarah and I are in Virginia Beach.  We have plans to go to a labyrinth not far from here, on this last day together for a few more weeks.  A labyrinth is not a maze.  There is a single path to the center, and the goal is to fall into a contemplative or meditative state as you walk the path.  When she asked about it, I didn’t bat an eye, and that’s where I can tell I’ve changed.  I would have dismissed it as ridiculous a few months ago.  Now, I am actually looking forward to it.

It might not do anything for me.  It might actually be a “waste of time” to walk the labyrinth.  But then again, I may find that I get into that same state that I did in the woods.  I am much more open to different techniques now, and it is allowing me to spend more and more time with Megan as I find new places to be mindful in.

I’ve never technically looked at it as meditation…I’ve always termed it as “calming down”.  Now, after having another person to not only observe, but to guide me into some of her own ways of being mindful, I can see it for what it is.  Sarah has had more time than I to learn these ways, so I have to place my trust in her.  We are so similar in attitudes that I cannot help but know that many of our coping mechanisms will be, or can be, similar as well.

I am happy to have discovered that being open to what were initially things I found ridiculous has allowed me to love, and also feel loved by Megan even more.