One of the patterns I have noticed in friends’ responses to whatever I happen to post on social media is that, when I post some good news, “happy photos”, or an achievement, I get 3 or 4 times as many “likes”, comments, and whoopy doos, than if I post something hard, messy, painful and tough. There the sorrow just hangs out its forlorn head alone, unnoticed.

I know there are a gazillion algorithms deep at work in the bowels of (for example) Facebook’s functioning, and when one person “likes” or comments on something, a whole host of their own friends will see it too. Especially if there is a connection to me. A snowballing of likes and comments ensues.

Some “likes” are more powerful than other “likes”. I am sure I could rank order my friends in terms of the impact of their likes. But I won’t. I am not particularly interested in Facebook’s bowel-y algorithms. I am sure they are functioning healthily.

Is it even seen? I don’t know. I think it is. I suspect that some friends see every single thing I write. That I am “tagged” in some way. Tracked, like an inmate with dodgy behaviour patterns.

Unless I am emptied out, scoured, raw, running on empty, as I have been these last 4 years now. Unless the course is one I used to run with Mike and an event we did annually to celebrate our first getting together. Unless I am raising money for charities that keep me floating. Unless I think of my dead loves all the way around and can barely contain the sobbing that’s constantly threatening to explode.

I included some photos – stunning mountains and lakes, me looking cheery, healthy and pink-faced, a dear friend who’d come to see me finish, and my delicious Medjool, happy and proud to see me finish.

Yes – this is a real, and vitally important, part of my life.

I make space for it and I celebrate it. It’s there. It’s real.

And it’s still hard. Hard as hell. Harder than hell. It’s all wrapped tightly in pain, in grief.

The smiles are real. Genuine. They are not fake. But they are hard-earned, and much shorter-lived than they used to be. They come at a cost.

Just two nights ago was the 30th. The date Julia died on. I hadn’t particularly remembered that it was the 30th until I found myself bent double with sadness, pain, grief, loss, desperation, despair over the kitchen table.  Yes, I had had half a bottle of wine. I was feeling maudlin, and was quite comfortable feeling maudlin, if that makes sense.

Comfortable in my pain, anguish, hurt, loss. Comfortable with just how much the pain hurts. “Comfortable”. I don’t know how to explain it other than that she, he, they, the loss of them justifies me feeling in pain.

Over the kitchen table

Hanging out by the fridge

Desperately hurting. Heart heavier than granite. Heart squeezed in a vice. Lungs finding it hard to catch any oxygen. My face, shoulders, heart, lungs scrunched up in pain.

A hidden side of grief. One of the sides that rarely gets seen. Certainly not on social media. Perhaps in films. But then that’s always just a film.

I took a photo. It’s less pretty than most photos I post. It’s raw. It’s hot and sweaty and snotty.

And every bit as real as the earlier smiles.

Only ever one with the other.

Together we try to keep each other afloat. 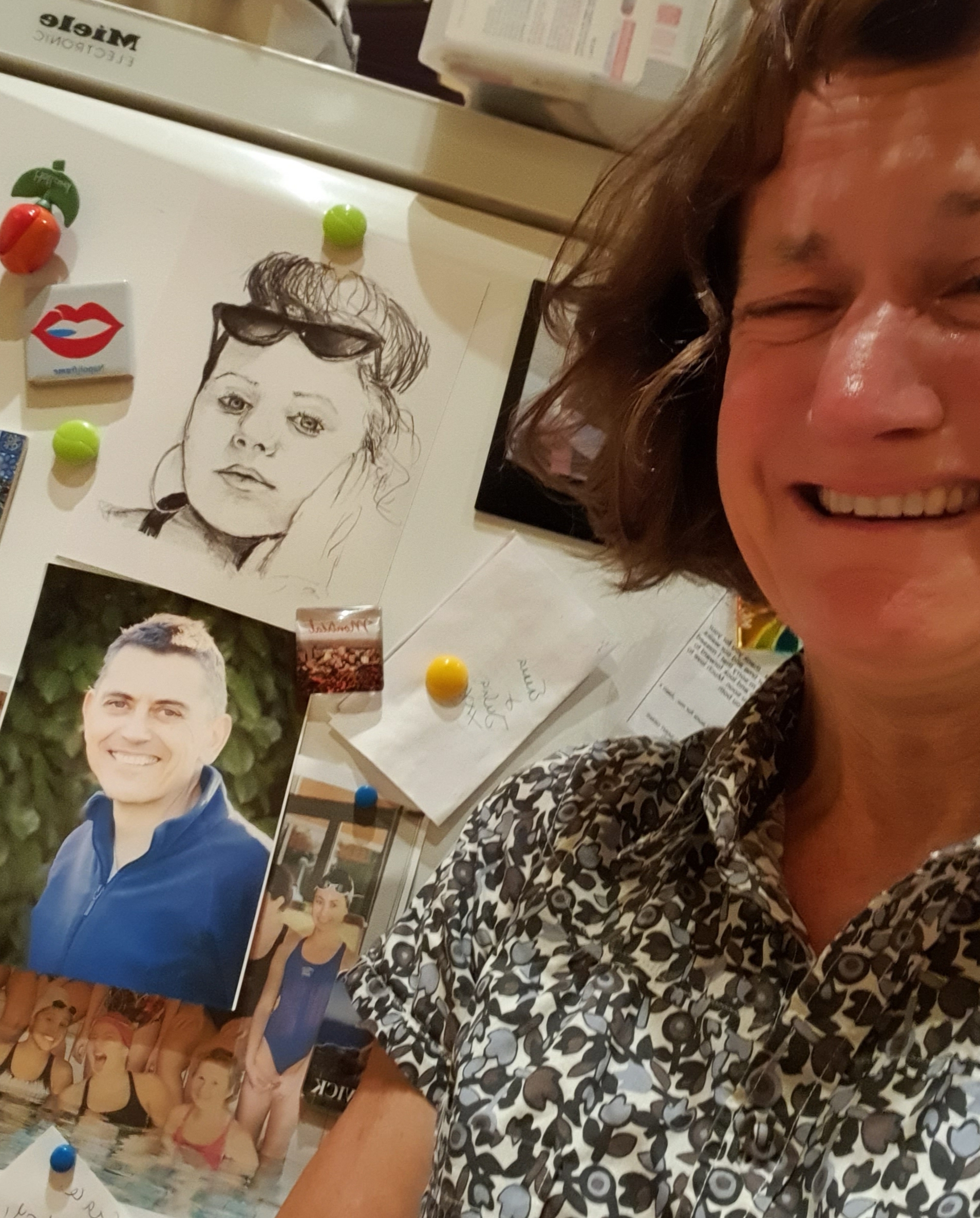