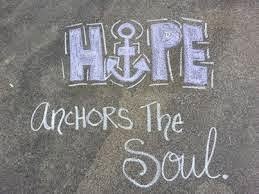 Widow’s Voice is a unique blog. Our writers write about widowed life as it is being lived. Which means that whenever each of our courageous authors sit down to write a post they don’t have the answers to the questions they pose; they don’t know how what the next twist in their own story will be, and after baring their souls with each post, they willingly risk being judged, or criticized, or misunderstood week after week after week. This team of writers give us a front row seat as they experience the ups and downs that life brings after the person with whom you planned to spend the rest of your life has died.

Case in point: Today I have the pleasure of introducing you to our new writer, Rebecca Collins. She comes to us from Brisbane, Australia, and will be taking over for Taryn on Saturdays. Rebecca first found Widow’s Voice by googling “suicide widow”…which led her to Melinda’s posts on WV. She couldn’t believe there was someone else ‘out there’ going through the same kind of loss she’d experienced, and that this person was brave enough to talk about it. She says just finding Melinda’s words on the web, helped her more than she could explain. Melinda gave Rebecca the courage to share her own story, in the hope that one day someone else will google “suicide widow” and find Rebecca’s words which will then become an anchor for someone else being rocked by the waves of widowhood.

You see, that is the overriding goal for this blog, to be an anchor in a rough sea. We want you to know that this is a safe space to express your pain, your fears, your confusion, as well as your joys, your triumphs, and the ways in which you have risen above the tragedy you have experienced. At Soaring Spirits, we believe in community, and we love the community that is created by the sharing of this space between our writers and our readers here on Widow’s Voice.

I want to thank every one of our writers (past and present) for their dedication to this blog’s purpose, and to our readers. I honor your courage, your honesty, and your willingness to send your words out into the world wide web, casting a net of compassion, understanding, and ultimately, hope, for widowed men and women in 157 different countries around the world. You are my heroes!

Please join me in welcoming Rebecca to our team. We look forward to getting to know you, and your Daniel.

Rebecca met Daniel in November 2011 when he moved from Sydney, Australia, to Brisbane for work.  They quickly became one of those perfect couples – supportive, loving, always laughing and 100% squarely on each other’s team.  Rebecca’s favourite memories of Daniel are the way he would drive half an hour out of his way in peak-hour traffic every morning to drop her at work, and then go to bed at the same time as her every night (even though he was a self-proclaimed night owl) so they could end their day together.

They were married in June of 2012, however sadly and very unexpectedly; Rebecca lost Daniel only six weeks later, on 24 July 2013, to suicide.  He had been struggling with concentration and memory loss for around six months leading up to their wedding and was diagnosed with depression the day after their honeymoon.  Daniel was popular, successful, and had everything he could ask for, however five weeks after starting anti-depressant medication he suffered a psychotic episode and became convinced that he had dementia and didn’t want to be a burden on Rebecca and their families.

From a blissfully-happy newlywed to a widow in 45 days, Rebecca’s world fell apart. However with the support of their families and friends, life-saving grief counsellors and the strength she has found in the widowed community, Rebecca choses to keep looking forward and honour her wonderful husband’s memory.  Her goal is to focus not on her loss, but how lucky she is to have met Daniel and remain grateful every day for the lessons he taught her and the blessings he brought to her life.

**Side note: Remember when you are reading Kerryl and Rebecca’s posts that they live on the other side of the world…seasons are reversed, words have some different spellings, and dates are written in a different format. We love our Aussies!