I wanted to write about the way we talk about suicide deaths, especially around the prevention of suicide. I am not sure that I have anything new or insightful that has not already been said before, but I think as a suicide loss survivor, I should speak up about how it feels to me.

When the news of tWitch’s untimely death hit the media, I had a feeling that his cause of death was suicide. When it was confirmed, I started imagining what people would say about it, and I knew that the news stories would be triggering for me. People began to post things about how happy tWitch seemed, and how it is important to check on your friends, even the ones who seem “ok” or happy. I have seen these statements before, and I felt mixed feelings again. I understand where people are coming from and know that the message is important. But, these kinds of posts and statements can be hurtful for people who have lost someone close to them to suicide.

Boris was doing all of the “right” things–the therapy, medications, groups, etc. He was rarely alone. If he was alone, I was in touch with him. He had a job, he was in school, and he volunteered at church. He was always, always smiling. He was funny and upbeat and engaged. His friends checked-in on him, his family checked in on him, and I checked in on him. I drove him to appointments, I helped him manage the financial side of his therapy and inpatient stays, I advocated for him, and we went to couples therapy. He was alone for maybe 3 hours when he killed himself. Earlier that day, we were at a birthday party and saw our couples therapist. I was at a movie with my sister and a friend when he did it. I might always have guilt around his death, even though I tell myself repeatedly how many things I did to prevent it. Even though I know that I tried my best with what I knew at the time. So when I see posts about checking on your friends more and being there for people as a suicide prevention measure, I feel a sting of guilt. Of personal responsibility. I should have never gone to that movie. I should have looked for him sooner. I should have taken him to better treatment, or I should have been more involved somehow in how he was doing.

Suicide prevention and awareness are really important. We should be checking in on people more, we should take it seriously when we notice signs of distress and crisis in our friends. But, sometimes, we do everything right. Sometimes we do our best, and it still is not enough. And people who have lost a loved one to suicide can feel really shitty when statements are made that simplify suicide prevention to just “checking on your friends”. For many people, it is so much bigger than that. And, for some, it is impulsive. It is so much more than checking in on people. And I think that needs to be said. 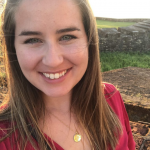 My love story began in 2005 and though my love is no longer physically here with me, our story has not ended. I met Boris when we were 14, but it was not until our junior and senior year of high school that we became more than friends (he was my first kiss!). We went to the same college and although our relationship was a bit rocky through our early 20s, we made it through. He was my person. Our relationship grew stronger as we matured and learned about one another more as adults. I was certain that he was my forever. We talked about the future a lot and we knew we would get married, but we did not want to rush—he was still finishing graduate school and I was just starting my first full-time job. We did not realize how little time we had left together.

In the summer of 2017, Boris was hospitalized three times for active suicidal ideation. This was a heartbreaking, exhausting, and life-changing experience. After 10 months of therapy, medication, and support groups, Boris died by suicide on April 7, 2018. My life now has two parts: the one before April 7, 2018 and the one after. My very best friend, my person was now gone.

If you were to ask how I am doing now, 2.5 years later, I would say I am okay. I am living. My world continues to spin, and I continue to move forward. However, I still carry deep sorrow and loneliness. I have struggled with PTSD, anxiety, and depression. Sometimes I still cannot believe that he is actually gone. I still feel him with me, and I know that I will never stop loving and missing him.

I am currently in school for my Ph.D. and live just outside of Atlanta with our cat, Kitty Cat (Boris is responsible for the creative name). I work as a graduate research assistant currently, but I worked for three years with our State Unit on Aging prior to going back to school. I love movies, my friends and family, long walks, and traveling.