There’s a phase of grief that is seldom spoken of that I think all of us visit at one point in time or another: annoyance.
I hate comparisons. Don’t get me wrong. I understand people’s wont and need to empathize when they hear my story. I do. I know that most of them, for the most part, mean well.
I also understand people have experienced loss, and on whatever level, that brings them a bit closer to knowing how I feel. Even closer still, I understand that people have lost their spouses just as I have.
There’s a difference between empathizing, however, and comparing. What I won’t understand is people’s need to compare.
Someone’s pet dying was just as hard on them as me losing my wife. Someone losing their grandfather they hardly ever spoke to supposedly carrying the same weight as my wife who I sat and watched take her last breath. Someone losing their childhood friend, or a sibling, or…insert anything, the list is endless.
In my head, I make attempts to rationalize their meaning and why they’d feel it was on the same scale and sometimes I can get my head to wrap around it.
The one comparison that irks me the most out of all of them, however, when being stacked up against the love of my life: divorce.
I had someone close to me, not but a few days following Linzi’s death, say to me, “I feel like my pain is so much worse because I have to live with this rejection and watch this person live on and be happy without me, whereas what you had was beautiful, ya know?” 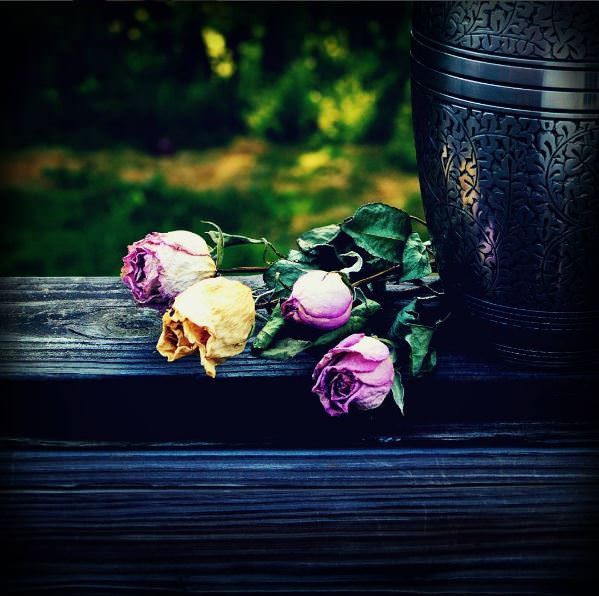 No. Just no. I was still in shock from having just lost my wife that I didn’t utter anything in response. I didn’t say anything…but I was infuriated.

The one thought that pervaded my mind was “You should be happy you’re out of a terrible marriage. I just lost the greatest thing that ever happened to me.”
A divorce isn’t some shining example to me of what love should be. It’s a failed experiment. An attempt at something that might’ve once been there but never sustained, as I believe love, true love, should.
They are marriage vows to which were verbally agreed but never fully committed nor carried out to completion. There wasn’t love “for better or for worse.” There was no “til death do us part.” There was a try at those words, however good or bad, that never fully materialized and then ended.
Sadly, even some marriages aren’t marriages, but divorces are definitive. They are the nail in the coffin of what was lacking in a relationship. The realization of something that wasn’t working. Yet another name to a list of past relationships that didn’t work out for whatever reason because it just wasn’t meant to be.
What I had was real…and it’s gone now. Ripped from me against either of our wills.  Even if someone new comes along, they won’t erase that. That love will always linger and I will always be reminded of the woman who had my heart and took a piece of it with her, leaving a scar behind which I’m not even sure how I will respond emotionally when I look at or run my fingertips across it. It’s not something I’ll ever say good riddance to, because the hurt I feel was never brought on by the one I gave that love to. The hurt I feel is the emptiness left in wake by her existence slipping from me in a hospital room. The hurt I feel is love enduring as it was intended to. The aching in my soul, not for an idea of what could be, but the reality of what was.
So when you compare your divorce to the love I carried out unconditionally for my wife, whom I loved dearly to the very bitter end, it’s a slap in the face to me personally and to the memory of what we shared. In no world does the potential of what you had with your now ex-spouse stack up to the reality of what was mine. Not in my head anyways.
We do not have memberships to the same club. I do not wish you, or anyone, to be a member of this one.
Rejection stings. And sometimes they can be devastating. Divorces typically aren’t pretty. Whatever you define them to be, the thing that they most certainly are not…is love.
So please. Stop comparing it to mine.