I think, often, of time.

What it used to mean.

What it meant in our hospice time.

What it means in the years since my beloved husband died.

Chuck and I spent 24 years of time together.  Time that we found AA together, raised a blended family, socialized with friends, worked…we spent our time as many couples do.  Being busy but never too busy to spend time with each other, strengthening our bonds of marriage and love.

We spent our last 4 years together, traveling as Happily Homeless. The name itself was indicative of what time meant to us; time lengthened because we had no responsibilities.  Kids were raised, jobs left, house sold.  Our time was used driving the USA, hiking and exploring our National Parks, sitting 2 feet across from one another, and talking about everything we could think to talk about. He, because he loved numbers and research, would estimate how long, given our ages and the fact that it was a second marriage, we would be married. Could we reach our 50th, we wondered?

Time expanded for us in those last 4 years.  Chuck often said how he was time wealthy, and how privileged he was to have it. He didn’t waste that time;  he, and I, used it up and wore it out just in being together.  And rejuvenated it in the same way; being together.

His first cancer stopped our travels temporarily and, godhowtimedragged as we waited for insurance approvals, doctor appointments, surgeries, recoveries…

…but time burst open for us when Willy Nelson sang us on the road again, our lives again ahead of us.  Sure, of course, we knew that time would happen to us and we would age and, of course, someday it would happen that one of us would die.  But we were healthy and he was a cancer survivor, so we did all the due diligence we were supposed to do, making wills, designating caregivers, all the shit you’re supposed to do, and we spoke of our wishes at end of life to each other and on paper, and spoke of death…but we had time before that happened.  Right?

And then the fucking cancer returned and suddenly time became finite.  3 weeks.  3 weeks to do and be everything and suddenly all there was to do, aside from the fairly straightforward end-of-life care, was to love.  Love this man who brought joy into my life more than I’d ever loved him before.  Touch his arm as he always liked me to do.  Kiss his lips before they became cold in death. Look into his eyes and offer the truth/lie that, yes, I’d be okay somehow, after he died.  Gaze into his soul and his heart and whisper goodbye and shatter as the words left my lips.

The hospital time was frozen time as we accustomed ourselves to a new world.  CAT scans, MRI’s, test, test, test even as tumors exploded throughout his pain-riddled body.  Who knew that time would end in less than a week and we’d move to hospice, where time ceased even as it went warp speed and shoved us all ahead of it endlessly and relentlessly even as it seemed caught in some weird time continuum.

Hospice where I paced the courtyard, cursing the unceasing pain that made time stop completely.  Cursing the exhaustion of waiting for the inevitable while also cursing that the inevitable was horrifyingly imminent.  Those last hours, watching as Chuck’s breath hitched and paused as my heart rate skipped and danced with his and my eyes sought his only to find them now closed, wondering when he last saw me…even as life continued but in s..l..o..w motion.

Time…as the hairs on the back of my neck stood up and I knew, I knew ahead of time when time would stop and be as still as his ever so strong heart and I glanced at the arbiter of time in his room and saw 11:21 pm.

It is almost 3 years now since my beloved husband died and my heart cries out mygod it was only yesterday and now it’s been 3 years even while it says mygod these 3 years have been decades and decades of forever into eternity.

I have no sense of time any longer and I don’t know if that’s a good thing or a bad thing or if time really means anything other than what we assign it emotionally or practically anyways.  So mostly I don’t concern myself with it.

It continues…time does.  As it always has, as it must, I suppose.  I can say honestly, that I kind of, sort of, resent time at the same time as I wish for it to speed up again as it did in hospice.  By which I mean that I resent that the march of time takes me further away from Chuck, even as it takes me closer to the time of my death and, maybe, hopefully but I have no real belief, sets me down next to him again.

Then, at that time, that is the time I’ll take a full breath again. Even though I’m dead. Which makes no sense, of course.

But then, in my world… time ceased making any kind of sense when IT stood still and my heart kept beating~ 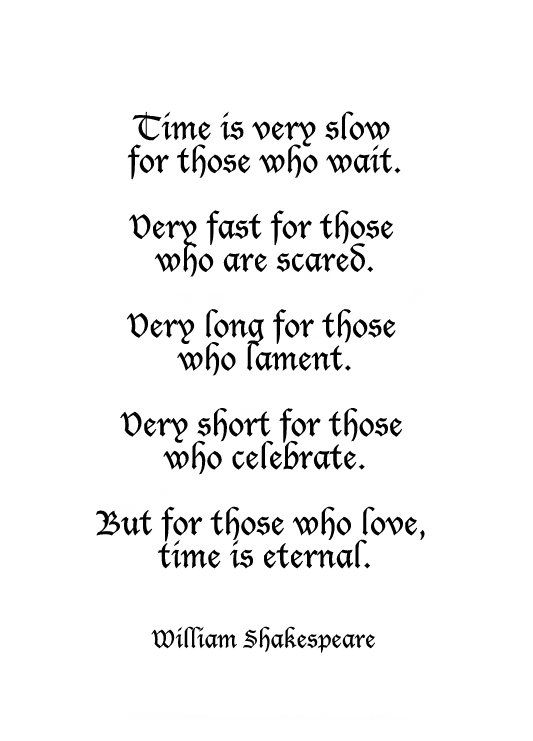