I use the word in reference to both women and men, or I write the word widow and just add a slash and an er at the end.

Because I’m a bottom line type of person, I appreciated best the definition from Thesaurus.com.  Noun: woman with dead husband.  That definition suits me primarily because it isn’t dressed up. You can’t soften this blow for me, so please tell it like it is, with all the harshness that the word implies.

It horrified me, when Chuck died, to realize that I was a widow.  Using that term in reference to myself was shocking. The implications of those 5 letters, emotionally, physically, financially, spiritually…shattering.  It meant I was now alone. That I’d never see him again. Done. Finito. Gone.

And because my mind takes me on strange and weird meanderings at times, I’d wonder to myself what kind of widow would I be?  Dramatically dressed in black with a huge hat and flowing black veil and black gloves?  It would be my thing…people would say oh yes, that’s the Black Widow in awe-struck and possibly fearful tones as I passed by.

Or I would be the Merry Widow.  Showing a brave face to the world while I partied the nights away, hiding my grief behind, yes…a black veil.  Which would flutter in the wind as I drove past in my black convertible.

I knew right away I couldn’t carry off the Pathetic Widow.  Weeping mournfully, hiding myself away, delicately dabbing at my eyes with a lace hankie behind my…black veil.  Handing out peppermint candies to little children and sighing a lot…behind my black veil.

As I’ve traveled in these 4 years and 7 months since Chuck’s death, I’ve stayed at many a military family camp (famcamp to those in the know, which, apparently, I am now), and met and spoken to veterans who are there for the same purpose as I am; camping.  Early on, one of them referred to me as a Military Widow which, honestly, took me by surprise, as I’d never thought of myself as that. Chuck had been retired for many years and we hadn’t had much to do with the military, so it just wasn’t on my radar.  Military Widow, to me, meant a young wife of active duty personnel.

But then I had to fill out paperwork with the VA and get other shit done referencing his time in service and I realized that, yeah, I’m a Military Widow..

So, here I am, 4 years and 7 months, thinking again on the widow word thing.  Like any other woman with a dead husband, I hate the word widow because, well, it means that my husband is fucking dead.  But I’m kind of okay with the word now, too, in the way that I’m not okay with any part of my life without him but it’s freakishly familiar to me, so….

God, I hate with a passion that I’m Chuck Dearing’s widow, but, yes, I’m Chuck Dearing’s Widow and what that means is that he spent the last part of his life with me, he loved me and I loved him and there is strength in that for me in some weird way that I don’t contemplate too frequently because I don’t know what the hell to make of it.  But, yeah, it’s another connector to him that I crave, and it means as much to me now as the word wife meant to me when he was alive. And at this point I’ll take whatever I can get, right?

Widow.  It carries different meanings for everyone, understandably, and we wear it uneasily or comfortingly and it makes us weary and it makes us strong and it’s made me wonder in the dark hours of the night when my brain refuses to turn off about what it means for me and to me and finally…finally, I know.

I’m Chuck Dearing’s Widow and that means that even though he is so strongly, fuckingly, horribly, gone….even with that…love truly is my super-power. 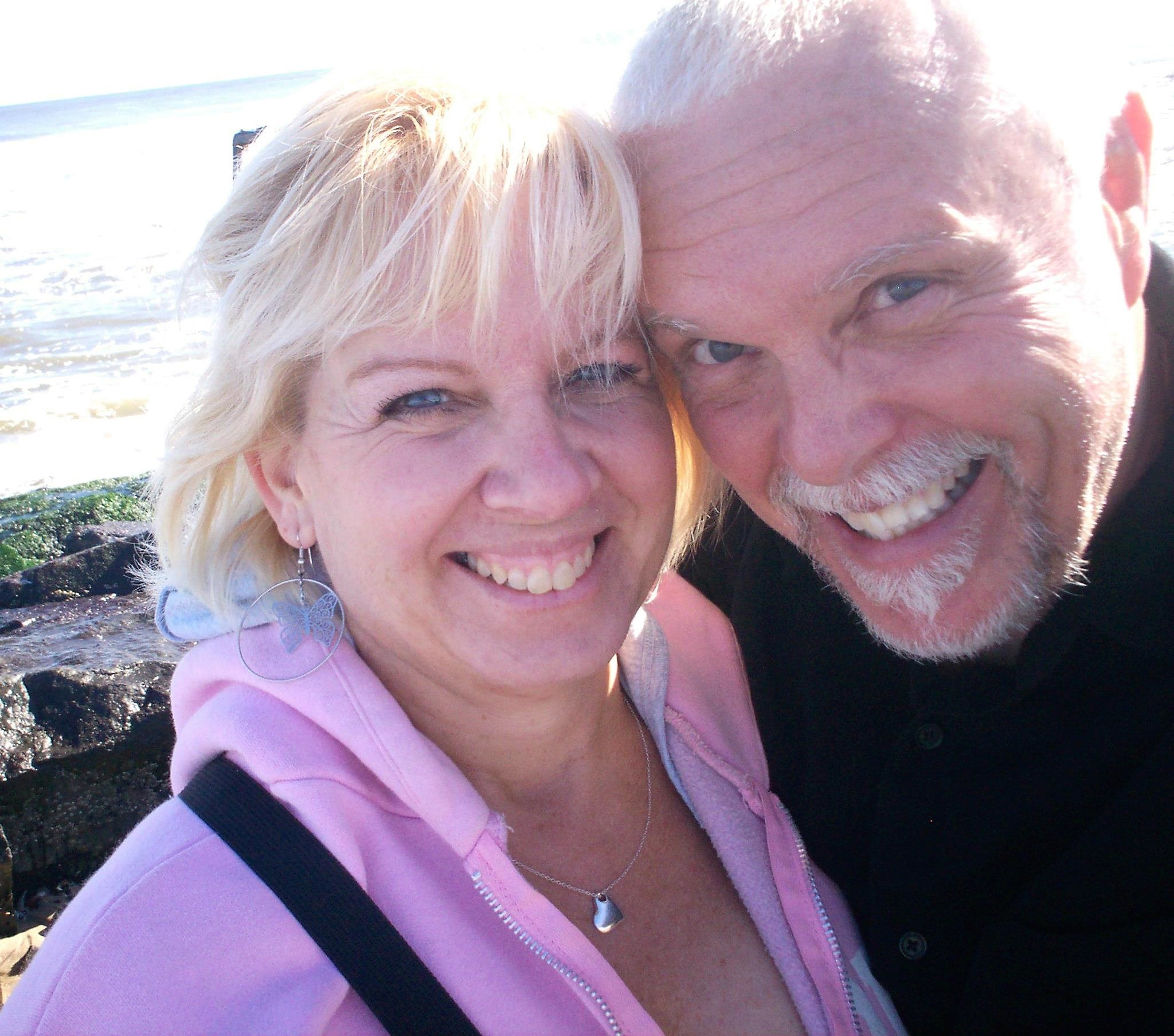