April 6. Tomorrow. It’s Mike’s birthday. It would have been his 30th birthday. Instead, it is his 2nd birthday without him here. How is that possible? How is he not here to celebrate turning 30? Nevermind celebrating, how is he not here to turn 30 at all? He only lived to be 28 years old. It’s really not fair at all. Turning 30 years old seems like a given in life. It’s not like it’s something you ‘oooo’ and ‘ahhh’ over like turning 100. It just happens. Many of my friends, myself included, are doing it this year. Yet somehow, he is not. And he never will. It feels like a punch in the stomach.

My family and his have always been big birthday people. Birthdays call for parties and celebrations. It is wonderful but now it is also difficult. Birthdays have so many memories attached to them. When the person is alive you’re looking forward to the year ahead but what happens when it doesn’t come? Then what? 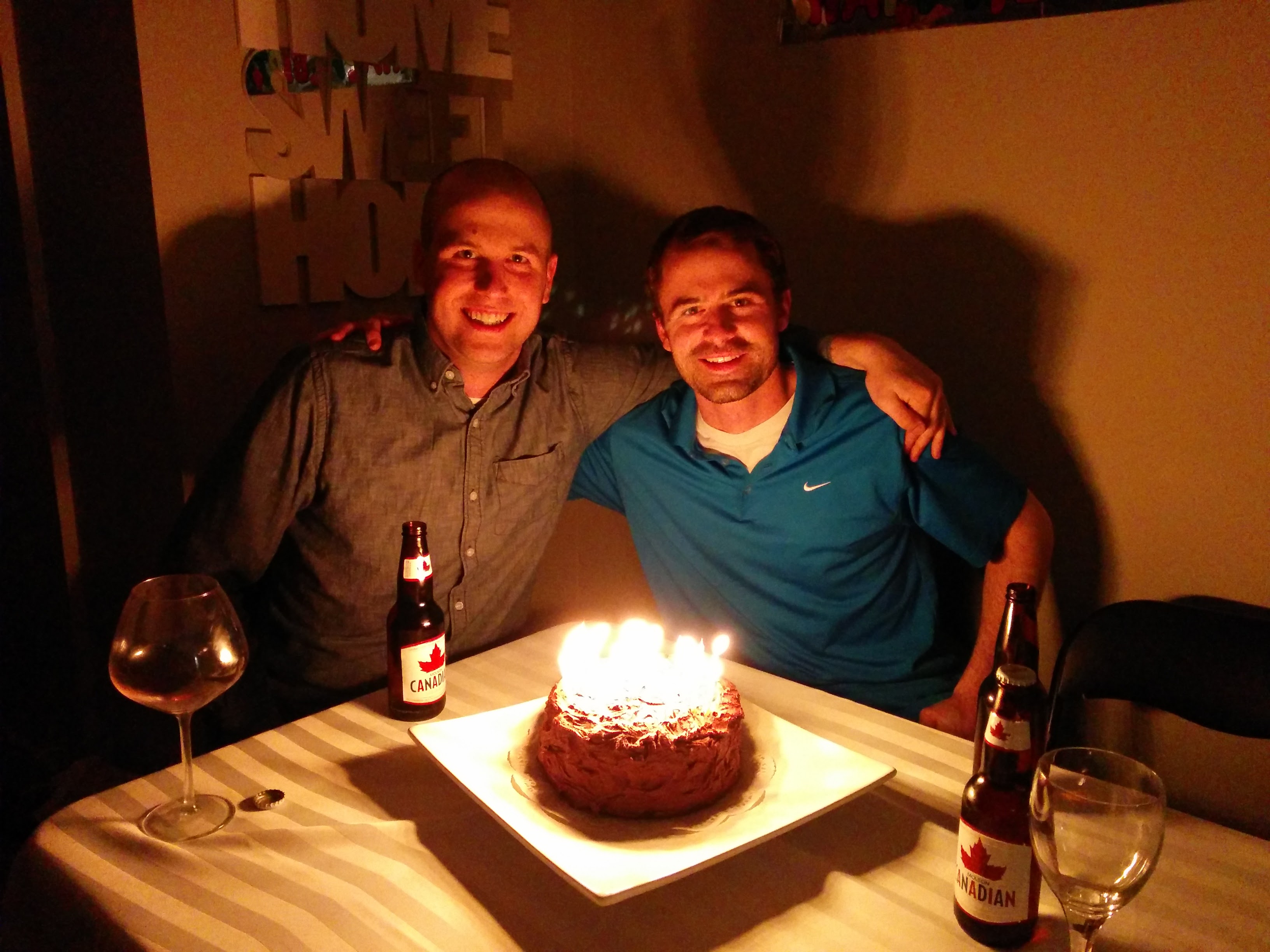 That was my big question last year. He’s not here for his birthday so now what? I decided to still throw a birthday party for him. Afterall, here or not, it is still his birthday – the day he was born and that in itself is a celebration. I will always be happy that he was born so I still have a reason to celebrate.

However, last year throwing the party seemed a little bit simpler than this year. He had died less than a year ago. It was the first time doing it and I put out his favourite foods and drink. I threw a party how I think he would have wanted it. Now it is the second birthday without him and I’m left again thinking, “now what?” Nothing has changed with him in the last year. There are no new favourite foods he enjoys that I can cook for everyone. There is no new favourite drink of his to serve. There are no new pictures to put out or any new belongings of his to display. There’s no new music that he likes to listen to that I can play. It is all the same. He did not age or change. It’s a sad thought that there is nothing new to add that represents him. Last year the very act of throwing the party was still new but now to do it all the same for a second year seems…unoriginal? Repetitive? I guess though his “contribution” to the party being the same is the reality; everything about him is now a memory. That’s another punch in the stomach.

So really, it’s all just very difficult; him not being here for his birthday (again…how rude!) and that a party for him is now very much a party of memory on memory. Yet, celebrating his birthday is still important so I am still doing it again. I want to celebrate him being born. I want to celebrate the life he lived. His birthday is the time to do it. I know many people commemorate the death day and I did last year but I don’t want to anymore. That day is a bad memory of a horrendous event. His birthday is a good memory of a wonderful event. That is what I want to acknowledge for him and for myself.

I want to share how he lived and his birthday is the perfect time. You may or may not have noticed on my blog so far but I haven’t talked about how he died. It’s not a secret or something I even have difficulty saying anymore. However, how he died is not him. That day is a day he never knew. People ask for the ‘story’ and I know they’re asking about how he died and I can understand their curiosity. However, it does not tell you very much about him or his life. So don’t ask me how he died; instead ask me how he lived. Living started for him on April 6, 1988 and those days and years after that are what matters for his memory. How he lived and the impact he had is why I continue to celebrate his birthday.

So ask me about how he lived. Ask me how he threw his head back when he genuinely laughed. Ask me how he danced after a few drinks or without people around shaking his head singing and with his hips swinging. Ask me how he loved his family and friends and constantly joked and did impressions of them (with them). Ask me how he lit up talking about the cottage or the way he approached life with a sense of freedom and adventure. That is how he lived. That is what matters. That is the amazing person that was born on April 6, 1988. 30 years ago. On his birthday, I continue to celebrate him and his life.

Happy Birthday Mike. I miss you so incredibly much.