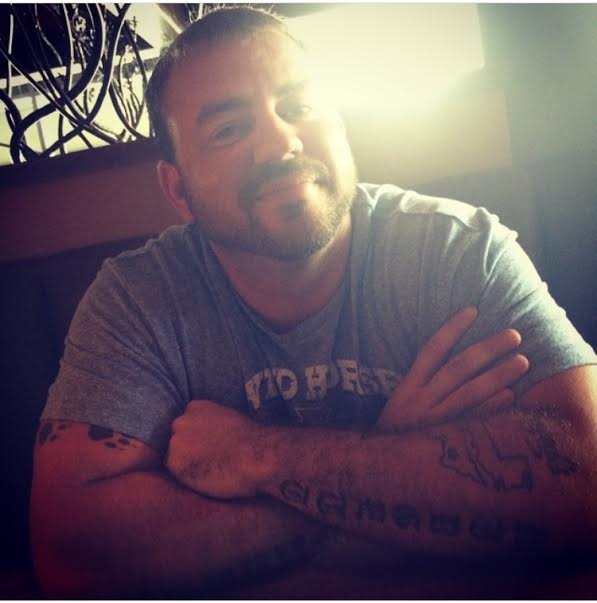 May 9,2015. The day my life changed forever. Two years have passed and I am still trying to wrap my head around it. The death certificate says the 10th but I was there. Joey died at that accident scene. He was dead when they pulled him out of the water. He was traveling at 100 miles an hour when he hit that guard rail. He was ejected from the truck and thrown into a creek where he was pinned down 8 feet deep into murky creek water where they found him 30 minutes later. They brought him to the hospital and continued to work on him until 12:07am on the tenth. But he left me on the ninth. This is my life. One I most of the times have a hard time really understanding. But will hit me like it just happen out of no where. I have always worried what his last few seconds of life were like. Did he know. Was he scared. Did he suffer.
The nurse told me there was no water found in his lungs which meant he wasn’t breathing by the time he hit the water. I have always tried to find comfort in that. When it came time to sign the paperwork for the autopsy I refused. I couldn’t imagine letting them cut him open and dissecting him. So I will never truly know. The death certificate lists drowning and massive skull injury as causes of death.
These are hard facts but these are my reality. These are the things I remember and think about often to this day. Two years, 731 days without his voice, his laugh, him.

People say the second year is worse than the first. I remember hearing this and wondering how that is even possible. How could you feel any worse, how could your heart break anymore. Those first few weeks and months were so hard. I looked for him everywhere, in the clouds, the stars, anything. And I couldn’t find him. I would say that a lot to people. I can’t find him. They didn’t understand what I meant. I was so lost in this scary world without him. But I continued on, mostly because I had no choice. I was sure my body was just going to explode from all the pain anyways so it was only a matter of time before I left as well. But I didn’t.
The first year is such a blur. You hurt so bad you become numb. I think that is why people say the second year is harder because the numbness wears off and reality becomes clear. They are gone. And you have to face the world alone. You have to keep going even when you don’t want to.
This second year I have learned a lot about myself. I am not this super hero people tell me I am because I know how to put on a fake smile and saying I’m doing good. I am broken and sensitive. I have become anxious and at times irrational. I am human. But I am also everything he was. I am strong and resilient. I am braver than I ever thought. I don’t remember the person I was when he was here. She died that night. And for the last two years I have mostly felt like a stranger to myself. I am starting over with everything exactly the same except him but also me. I act in ways that would be uncommon for the old me and at times I am completely lost as what is the right thing to do. But lately I have embraced the new me. The person who walked out of the fire of all this darkness. She is strong and her own hero. She is taking control of life again and making it her own. I am learning to let go of the guilt of still being here. At one point the idea of changing anything in our home was not an option. This place was like a time machine for me. Everything was were it was when he was here and that brought me comfort. But now I am allowing myself to do what I want. It’s mine so I have that right. And just as we would of evolved and changed together and I am doing that alone. And learning to be ok with that. Smalls steps but steps. They are hard and at times feel like knives in my chest but they are necessary for a healthy life, here in the present.
I have learned in this past year to except what this life as thrown at me and stop asking why me. I am going to make this a great life. No not the one I thought I was supposed to live. But it will still be amazing. I have survived for two years and now I will start thriving. I am going to finish school and do what I have always wanted to do, but always put it off because of everything else. Well now here I am a single mom with four kids and the path is so clear, I can almost see the finish line. I will succeed because he taught me how to be great. I will show my kids what a beautiful life this is because he wanted nothing but the world for them. And I will let go of the things I can’t change because true love never dies and he would want me to be happy.
Two years. How I would change that night in so many ways if possible. I’m trying to learn to except what has happen. I don’t think I will ever be able to say it had to happen or it was his time. I just can’t believe that is true. But I have to believe that this is the path that I am supposed to be on and something will come out of it for the good. Maybe year three will bring that peace.