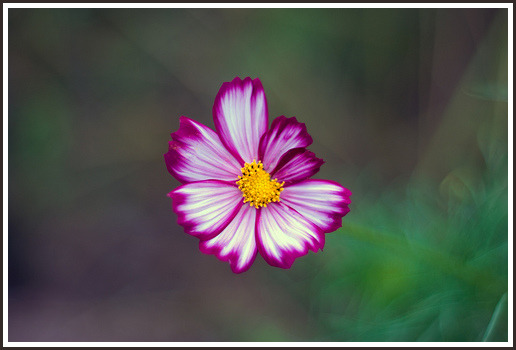 I can’t say enough about this whole adventure into counseling the past few weeks. Last week, Mike shared about how our first session went for him, and I’d like to share some feelings of my own about our second session on Friday, and about what I am learning along the way.

Firstly, I’ve been in therapy for a good majority of my adult life. But this one, this one is a first for me too. It is the first time I’ve gone to counseling with someone else by my side. I’ll admit, it made me nervous too at first. I too worried about what we might uncover as we willfully opened up to letting someone help us. I worried there would be darker stuff there than either of us knew before. That maybe somehow this would make things worse, not better? I’m not sure really, but either way, the whole thing did feel just a tad risky, even though I know we are tending to our problems very early on.

It has been wonderful though. So wonderful.

A big part of what I remember from that session, was listening. There were some good periods of Mike and our counselor talking, and I just sat and listened and watched this person sitting next to me. I wasn’t trying to think of what to say to help, or how to react to what he was sharing, I was just there. Listening with all of my heart. Listening in a way that honestly, I don’t think I have been able to before now. With moving and all the enormous changes in my life, I’ve been in such survival mode the past year that I don’t think I’ve been able to listen to my best ability sometimes. It felt so amazing to listen with all of me. I felt like I was seeing him, REALLY seeing him, and his history, more clearly and respectfully than ever before.

I was so grateful to be there. To watch and listen to this new person in my life as he spilled out some of his most vulnerable stuff with a counselor – while I did the same. To see his courage to even show up – and to feel my own. To watch him do what I had SO wished for Drew to do – as he carried his own heavy burdens and some of them did affect our life – though he never would take that step.

I feel like that worry is being lifted now, with Mike. Even though this is only the first major speed bump he and I have hit, just knowing how differently he approaches it puts me at such ease. Knowing he will move into the uncomfortable stuff with me, and that we can learn to be better people together, is what I have always hoped for in a partner.

As for the things I learned for myself… well, this week I realized that I may just have to accept that there are parts of my past that will always come back to haunt me in ways that I wish they wouldn’t. I have a past with abuse, from my first relationship in my early 20’s, and some things will always transport me right back to that place. It no longer affects my day to day life. I no longer fear the abuse or have irrational fears about it, but I still cannot erase it in it’s entirely.

I can no more remove that automatic response to yelling, for example, than I can remove the response of panic if I don’t hear from my person now when I’m supposed to. One takes me back to abuse. Another takes me back to the phone call that said Drew was dead. I will always have reponses to these things. Being open about that in relation to my past abuse, and owning that, that is new for me.

I suppose for a long time I have wanted to believe that I could just erase all traces of that abusive person from long ago from my being. After all, I have gone on to have healthy, amazing relationships now with two other men. But even that doesn’t erase it.

But I guess I’m learning finally that it doesn’t work that way. Those pieces of the past are there for a reason, I guess. That past self, has now become my guardian. She is the one who tells me when something isn’t right. Because she has been there, and she already has learned that the most important thing to do is speak up. She is the one I can trust to make sure I am always showing others how I want to be treated.

I’m also learning how to see this new person more objectively I think… maybe not quite so much from my own past experiences of both abuse and loss. I’m learning what he needs from me in a much clearer way. I’m learning how to separate some of my history from my present more clearly, which I can already feel inside is helping us both. I don’t even think I realized how much some of my own past was blending in with my new chapter.

So, it’s a time of learning and growing. A time of listening and accepting. A time of change, but one that feels more calm and gentle and fluid than the past year of very erratic change. I’m certainly enjoying the pace of this change, and the ways in which we are already growing.