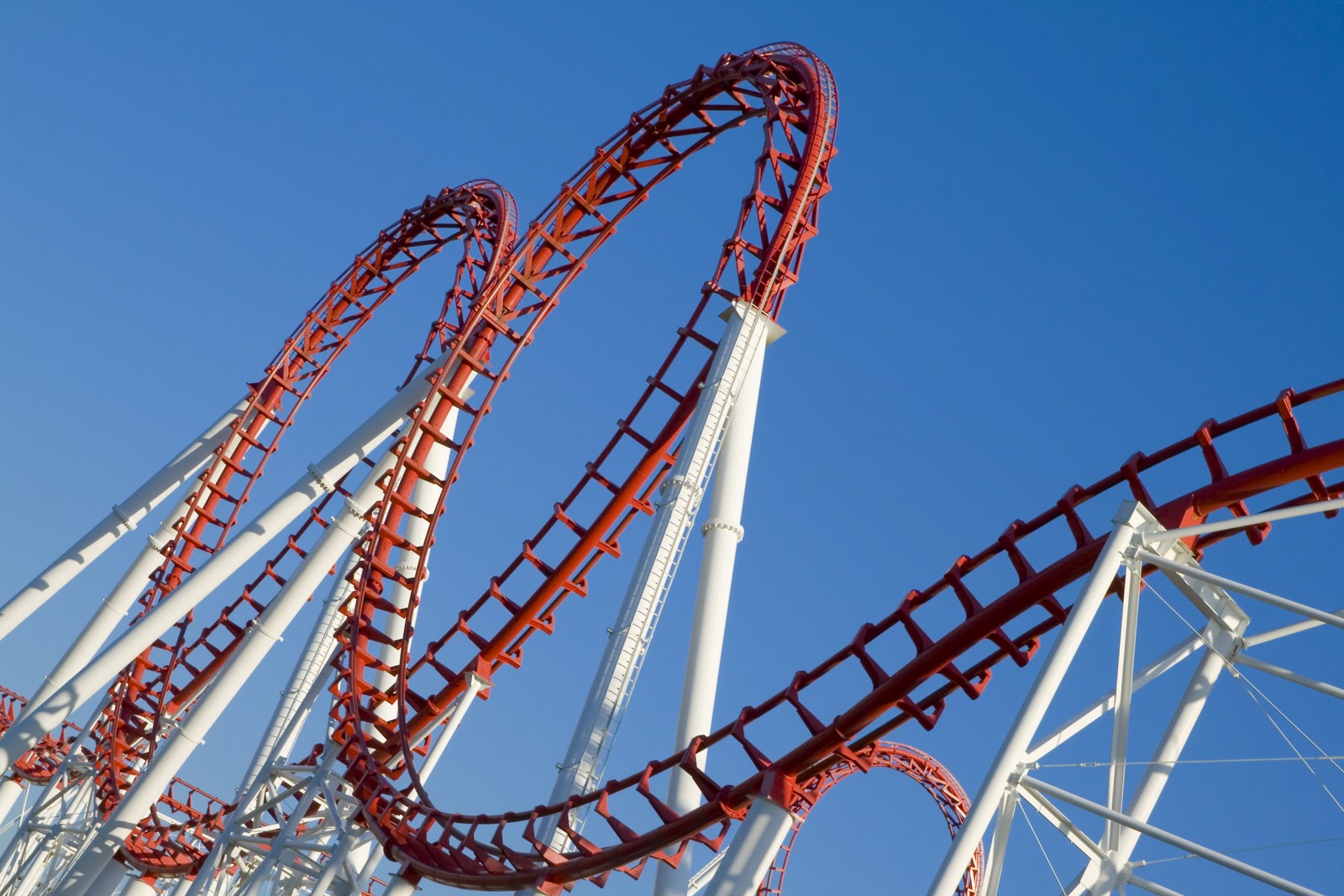 The day Phil died I had no idea what kind of roller coaster ride I was about to board. In many ways I felt I was shuffled onto the first outgoing cart marked “grief,” and told to put my lap belt on low and tight. Maybe I would have managed the twists and turns of the journey better if someone handed me a grief timeline that mapped out the course that lay ahead. I would have appreciated having my grief start date clearly noted in red, the days when getting out of bed was going to be a challenge highlighted in yellow, all anniversaries/birthdays/holidays circled in green, and the most important thing of all…the grief end date…circled in bright orange highlighter so that I would know when my grief had officially come to an end.

Not only was there no mourning road map forthcoming, but grief kept me on a circular roller coaster ride. Riding through the dips and surprise upside down flips might have been worth it if I felt I was going somewhere, but to end up right where I started and still suffer a case of nausea from the experience was completely infuriating. I remember very clearly after the one year anniversary of Phil’s death feeling that I should have arrived somewhere by then, shouldn’t I have moved to a new level of grief? I desperately wanted to graduate already!

Yesterday one of my widowed friends told me that her counselor said you can expect to grieve one year for every five years that you were married. She wondered what I thought of this idea. The first thing that came to mind was that since I was married to Phil for five years and two months, then I should have been done grieving his loss three and a half years ago. There have been so many times over the past nearly five years I have wished someone could tell me how long this whole healing process would take. I do understand the desire to calculate the effects of the death of a loved one on our lives, and even the desire to create some kind of measuring stick for healing, but if someone had provided me with a grief end date, I am sure I would have focused on nothing but getting to that day. If graduating from widowhood were possible, I would have taken whatever extra courses were needed to meet the early graduation deadline. And I think that I would have missed the whole point.

The brutal nature of grief forced me to live one day at a time. As a person who tends to jump ahead to the next thing, or tries to figure out how extra effort on my part can bring about a desired goal sooner than expected, the unpredictability of grief made living outside of the moment impossible. No other life experience has so firmly placed me in the present. When my babies were born I wasted precious time thinking about their next milestone, instead of reveling in the current one. When Phil and I were happily married I wouldn’t take the time to sit on the couch and watch a TV show with him if the laundry wasn’t finished. Accomplishments tended to be put aside as I reached for the next goal, because living in the moment was not enough. I was always focused on taking the next step.

In the aftermath of Phil’s death, the inability to go back in time paired with the lack of desire to move forward into the future without him bought me some much needed time. Time to allow the reality of his physical absence to sink into my shell shocked brain; time to figure out who I was without him; and time to slowly discover that I was strong enough to weather this devastating storm. If I’d known that I was only expected to grieve Phil’s death for one year I would have located the end date and run full speed ahead to get to the finish line. Flying past the lessons I needed to learn, the healing effects of camaraderie, the small blooming of the first flower in spring…all in order to say I was finished.

So, no, I don’t think there is a measuring stick or a formula that can predict how long a person will mourn the death of a person they love. But I do think the small markers on our own personal measuring sticks are much more important than we might suspect. I think healing happens in centimeters, and each small dash is a triumph.