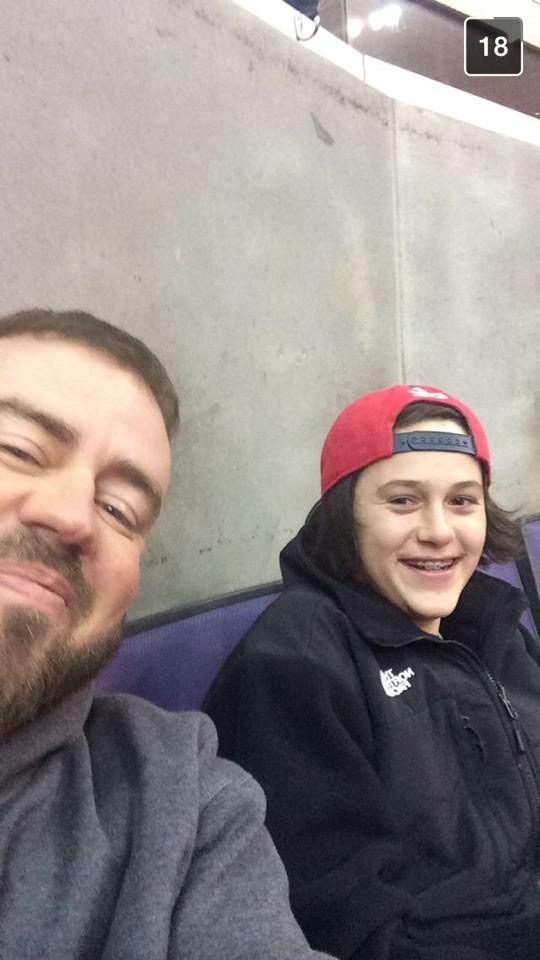 Two weeks ago my oldest son was involved in a bicycle accident. He was being a typical 14 year old boy and decided to ride is bike down an extremely steep hill and lost control at the end. The handlebar stabbed him in the stomach, he was then thrown off the bike. He was conscious but immediately began to throw up. Thank God his friend was with him and was able to get him home to where my mother was. He called me at work to tell me what happen. He seemed ok on the phone but I could tell he was in pain. I called his father and we decided he would take him to the hospital and I would meet them there.

As soon as I left work I lost it. All I could think was the worse. I cried the whole way there. When I got there he was in a lot of pain and they took him right back. He was given pain medicine and then taken back for a CAT scan. The doctor came in 15 minutes later, my heart dropped. I couldn’t fight the tears as soon as I saw her. They were worried he had internal bleeding and needed to be transferred to Children’s Hospital in case he needed surgery. We would have to ride in an ambulance there.

I had to excuse myself. I knew I was sensitive to hospitals and emergency vehicle after my husband’s accident. But now I felt like I was right back there. I kept telling myself he was going to be ok but I couldn’t calm myself down. I think once you have been a part of a tragedy you understand how fragile life is. You know it can happen to you. It’s very possible, in fact bad things are going to happen it’s just a matter of time.

I pulled it together and got in the ambulance with him. I was calm but too quiet for him, he knew something was wrong with me. So he started to tell me that he was ok and wasn’t ever going to leave me. I told him I was right here with him and not going anywhere. We were both terrified and leaning on each other.

After a day in the hospital he was discharged, there was no active bleeding and he is healing perfectly. He says he has learned his lesson and won’t do it again.

I learned something that day. I learned that sometimes and probably most times things don’t take a turn for the worst. But I also had to face a lot that day. I had to put myself in an environment that I have tried to avoid at all cost. I think when we live through something so traumatic we develop some PTSD. As soon as I walked into that hospital and knew one of the people I loved most was hurt I couldn’t breathe. As soon as that doctor came in with terrible news I was right back with my husband. It all becomes the same you can’t tell what the past is and what the present is.

But here’s the key, you walk through it. You keeping pushing forward. You remind yourself that death is not the outcome for everyone you love and it will be ok. And you know what, it was ok. He is ok and we made it through. Your past will always shape how you handle things, just don’t let it control it.