My nephew Kevin has two kids, eleven-year-old Alyssa, and her twelve-year-old brother Nathan.  For reasons I’ve never understood, a few years ago Alyysa decided that she was going to adopt a new first name. Today “Alex” is the only moniker that she will answer to. Not to be outdone, Nathan thereafter abandoned his given name in favor of “Charlie.” Again, I couldn’t say why. One day I must pin down Kevin for the explanation behind these unusual naming conventions.

The sad truth is I do not know either my great niece or my great nephew very well. This failing is mostly on me.  Moreover, we are a very small family, I have no children of my own, and no excuse for not making a better effort. For the past several months I have been planning to make amends

Beginning prior to the return of warm weather last Spring, an event that typically takes its sweet time arriving here until early June, I started to search for a “wholesome family activity” that would allow us to get together as a family and, more specifically, would help me to get to know Kevin’s children.

First, however, I needed to muster my best sense impressions of Alex and Charlie. I knew that impressionable Alex could be temperamental. I knew she was far less predictable than her brother. I also had observed that she had a stubborn streak. Although I could see that she possessed a keen and fertile imagination, I had no clue what her interests might be or if she had special interests that stir her soul. I made it a long-range goal to discover these secrets.

In contrast to Alex, it was plain to me that Charlie takes after his dad. Like Kevin, Charlie is logical and has a similar high aptitude for the sciences and mathematics. Charlie knows he is very intelligent.  While Alex also is obviously smart, she does not wear her intelligence the same way he does.  However, unlike Alex, I suspected that in normal social settings Charlie often is a fish out of water. I made it a long-range goal to try to coax him out of his shell.

When I contracted to sell Deer Rick Manor this past Summer, I gifted Kevin the handsome, tripod mounted, red telescope I obtained using credit card points. For most of the years Lee and I inhabited Deer Tick, this telescope occupied a place in our second floor “great room,” pointing toward the heavens visible above the woods. Mainly, it served as an ornament.  On clear nights I would occasionally carry it down the stairs and outside for closeup views of the craters of the moon.

Fortunately, the telescope was extremely lightweight. I quickly learned that it was tricky to use because celestial objects are in constant motion, so keeping it on target and in focus required constant small adjustments. You wouldn’t believe that it’s possible to lose sight of something as large as our moon, but it is, and I did more than once.

In short, my telescope was a serious instrument but clearly a starter model. I explained to Kevin that I was presenting it to him solely for the use and benefit of the kids.

Telescopes have been around for hundreds of years, but the origin of the telescope is far from settled. Its history is a murky one at best. It is well documented, for example, that in 1608, Hans Lippershey, a Dutch eyeglass maker, tried unsuccessfully to patent the device.  But as recently as 2012, a post that appeared in the Sidereal Times (“The Official Publication of the Amateur Astronomers Association of Princeton”) suggests the true inventor might have been Leonard Digges, an English mathematician and surveyor. Certainly, Digges’ son, Sir Thomas, himself a renowned mathematician, championed this view in a 1570 publication, entitled “Pantometria.” See https://princetonastronomy.com/2012/11/11/leonard-digges-inventor-of-the-telescope/.

Today, the polymath Galileo is credited as the first person to utilize a telescope to conduct rigorous scientific studies of the sky.  Indeed, Galileo’s was the first instrument to be referred to by the name “telescope,” which roughly translates as “far seeing.”

Amidst the spectacular art museums, duomos, and other classic architecture to be admired in the Renaissance town of Florence, for me, one of the highlights of our wonderful visit there was the Galileo Museum, a small building located near the banks of the Arno.

It holds a marvelous collection of early telescopes and navigation devices that display the highest degree of artistry and craftsmanship, baroque globes, and hand painted maps of the then-known world. Some of the brilliant scientist’s original published work also was on display, disseminated throughout the Sixteenth Century world via another world-changing invention — the printing press. 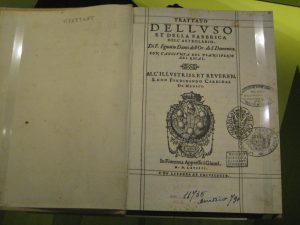 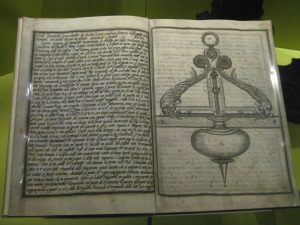 After presenting Kevin with my telescope, I began a search for an astronomy group where more serious hobbyists than I would be gathering to star gaze. Eventually I came across a fellow called “Astronomer Joe,” a local educator and astronomy enthusiast who sponsors occasional nights in the parks where enthusiasts and newcomers alike can meet to watch the skies. His tag line is “where the cool kids meet.” Perfect, I thought.

It’s been easier said than done to get everybody together. In fact, it’s taken so long for my plans to coalesce that we missed entirely the short warm weather season.

Finally, this past Monday, after a prolonged and early cold snap, Kevin, his ex, Alex, Charlie, and I met up at the trailhead of the designated urban park that Astronomer Joe had selected for the session. The city built this park just a few years ago, transforming what had been a blighted, overgrown, and long abandoned trunk line overpass into a green walking/running /biking path. Not very big, of course, but nonetheless a fine example of smart land usage and a happy tale of urban renewal.

The day of the event had been pleasant enough: temperate, sunny with nary a cloud to be seen across a broad expanse of blue sky.  As we climbed up the last rung of concentric circles that lead to the top of the trail at its western terminus, the sun was long gone, and there was a distinct chill to the night air.

We were among the first to arrive. Only one amateur astronomer had arrived to set up his telescope. Seeing it merely confirmed my hunch that my telescope was a tool for beginners. This fellow was knowledgeable and kind enough to give Kevin and Charlie some tips on its proper setup.

Within about twenty minutes, a group of roughly fifteen to twenty participants had gathered. Several of the amateur astronomers had very large telescopes. A few of these seemed to be completely mechanized. The instruments would respond to remotely delivered electronic signals. Like strange, menacing gadgets out of a James Bond movie, they clicked and whirred, suddenly changing direction or elevation to capture tonight’s intended sky targets.

As part of the telescope setup, some astronomers strung red lights along the ground, adding a “Close Encounters” feel to the gathering. From reading, I recognized that these lights would allow them to adjust their equipment without resorting to bright artificial lights that might disturb others’ enjoyment.

Joe the Astronomer, who arrived with three large carts loaded with equipment, easily had the largest telescope. He told me his telescope weighed over three hundred pounds. He announced to the assembled that once the lengthy setup process was done, we would be focusing on Jupiter, Saturn, and Mars.

While Kevin and Charlie continued their setup with help from a couple regulars, Alex seemed bored.  I took the opportunity to suggest we get some treats before the show began.  I told her that I knew the nearby YMCA, where I happen to be a member, sold concessions. So, we stole off, running down the ring circle, and walking through the adjacent parking lot, until we at last stepped into the warmth of the building.  Alex picked one treat for herself and two other items she thought her mom and brother might enjoy.  I was happy to be able to accommodate these requests.

When we returned, Charlie was standing on a short stepladder, observing Jupiter through Joe the Astronomer’s telescope. Joe enthusiastically announced, “we got six satellites visible tonight around Jupiter.” These included its larger moons, including Io, Europa, and Ganymede, the very same objects that Galileo had discovered back in 1610.

After Charlie had had his fill of Jupiter, he went to a different telescope to inspect the rings of Saturn. Alex soon followed suit. And soon enough, both kids and adults were ready for indoor warmth.  It was time for us to call it a night, so we said goodbye to our new acquaintances and took our leave.

I don’t know whether Alex or Charlie will develop an interest in astronomy. At least in Alex’s case I doubt it.  I do know that it was nice to spend this time with my family.  I got warm hugs from the kids, which I took as a sign that they had a nice time, too.  Not a bad way to start.