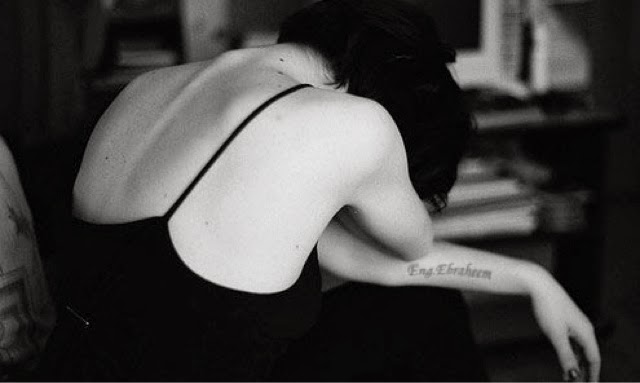 It’s actually Monday as I write this… I’m heading out this week for Camp Widow, where I will likely meet many of you! So I decided to get this one in early.

I’m *mostly* over the worst hangover of my life, which was due to a bachelorette party I attended on Saturday. Yup, you read that correct. I went to a bachelorette party… my first since the death of my fiancé. Since June of 2012 I have refused to go to any bachelorette parties, weddings, or showers of any kind. But it was finally time to face one.
Now, it wasn’t your typical bach party. There was no wedding veil or obnoxious “Bride to Be” sash… we don’t roll like that. It was just three friends from high school, out at a gay bar, drinking and dancing. We never got to do that stuff together when we were younger, so really it felt a lot like a mini reunion. We were making up for a lot of lost time. And Jesus did we ever…

Six double cranberry vodkas and several hours of dancing later… (why did we keep getting doubles? I don’t even KNOW) and we are back at our hotel. My girlfriend and I are taking turns praying to the porcelain god… It is literally the most drunk I have EVER been.

And then it happens… right there on the bathroom floor, a lot more than just upchuck comes out. Before long my friend is holding me in her arms and I am crying my eyes out. The pain mixed with the horrible room-spinning stupor sends me spiraling into my emotions.
In a normal state, I’m very good at keeping the “should’s” at bay. But in this state… yeah… I’m defenseless. It SHOULD have been my bachelorette party. It should have been me that is getting married in a few weeks. It should have been me who was about to embark on the next part of my own adventure with my very best friend and soul mate. “IT SHOULD HAVE BEEN ME” my pained drunk mind screams at me over and over again, combined with the intense need to call him and have him calm me down…

And so here I am, two days later… the physical hangover has finally passed, but the emotional one will not pass likely for a few more days. And I know there is nothing I can do to make it pass any faster. There is nothing quite as devastating as walking into someone else’s happy-ever-after and seeing what you were supposed to have had. What you thought you were going to have. What you would trade everything to have back.

I know there are many of you out there who get it. Who never got the wedding or maybe – like me – were just a month away from their proposal. And even if you were married, you have your own version of this special hell of should’s. It is a part of this whole fucked journey that tears so deeply when it is triggered.

There is just no pain in the world like that bitter, biting, slap in the face – the reality of what you do not have. It is a cold pain, with an icy burn like no other. No matter how long it has been, it twists itself right down into your soul.

So, I will breathe this week. And I will try to take it easy on myself, and maybe even convince myself to get excited about camp. I know it’s gonna be awesome. A little at a time… I will begin to heal up again, until the next time I am broken open. As we keep doing.

In the very least, a tiny part of me is really proud I did it. But I sure as fuck won’t be going to any more bachelorette parties anytime soon!