First, there was his text wishing me a happy new year, then a call.  My nephew Kevin said he wanted to get together for dinner. He wondered if I would be interested dining at a dismal Chinese restaurant located in a suburban strip mall where his grandfather –my dad—liked to go for family occasions.  I mostly remembered the place for its narrow and dingy lobby leading to the restaurant proper, where the last thing you saw before being escorted to your table was an algae-stained and cloudy aquarium containing a large, menacing bottom feeder of unknown origin with very long whiskers.  I truly do not remember much about the food, other than it was abundant and fattening. However, I took the slight queasiness forming in my abdomen at my nephew’s restaurant recommendation as a possible reminder that the food had not been very good.

I assumed Kevin was feeling nostalgic about our family, and with good reason, given his mother’s recent death.  Everyone in the family had attended dinner there in the past, multiple times in fact. Attendance was never explicitly mandated but if you were available, then your attendance was taken for granted.  Like Kevin, I have fond memories of our family gatherings. However, if he merely were looking for a dinner place, this was not the one I would have chosen.  Nonetheless, I instantly replied, “sounds like a great idea.”

I agreed to call his brother about our dinner plan.  Before I could speed dial his number, I received a call from their father, a 92-year-old gentleman, who had moved to another state to care for his wife of nearly 50 years. I could hear in Ed’s voice that he was champing at the bit to move back to his old place in the City with its excellent view of the downtown skyline and the water. He had been forced to vacate it a couple of years earlier when my sister turned chronically ill.  He told me he was looking forward to playing poker with the boys once again, and sincerely hoped that enough were still alive to form a game.

He emphasized that he was looking forward to coming back home, and said he hoped we four could meet for a meal at least once a month. I concurred this was an excellent idea.

Finally, I called my nephew Alan.  I had only spoken to him one time since he went on holiday in northern California on the morning after his mom’s funeral.

I wished him “happy new year,” he replied in kind, but without much enthusiasm. His voice sounded blue. When I inquired, he glumly admitted that his mom’s death was hitting him particularly hard just now. Fortunately, however, his appetite appeared to be unaffected as Alan eagerly signed on to attend Chinese dinner.

The details still had to be worked out among the three of us. This oft times proves problematic as we all maintain busy social calendars.  Predictably, the first text I received was from Alan, who identified the days he would not be available during the coming week. I did not bother waiting to hear back from Kevin, who seems to be constantly engaged in one activity or other.  Instead, I preempted further discussion by suggesting that if we really intended on dining at this Chinese restaurant, then we ought to go there on Sunday “for old time’s sake.”  To my mild surprise, both immediately responded, “Done!”

Suddenly I had the sense that our incredible shrinking family was circling the wagons, gathering close for comfort and protection, like the pioneers of yore who had to negotiate life’s dangers along the Old Chisholm Trail. 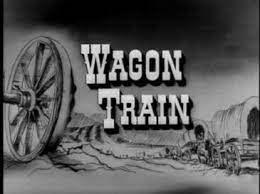 I suggested to Kevin that he invite his kids, maybe his current girlfriend, or his ex-wife. I also welcomed Alan to invite a friend.  Ordinarily, depending upon whether my nephews wanted to widen the circle or keep it tight, I would have extended an invite to Robyn, but I know that she is cat-sitting this coming Sunday. Ed also is not available to join us this time. And while I hope Ed is with us for years to come, at his advanced age, his image hovers in my mind. I am sure it is likewise foremost in the minds of his two sons.

Finally, since our meal is meant to be reminiscent of family dinners past, I suggested that we should eat no later than 4 p.m. in honor of my dad.  Alan and Kevin both agreed this is an appropriate dinner time. Certainly, my folks, my sister and Ed would feel right at home.