He began by saying “I know this wasn’t the way you had planned for this to go…” And he was right of course.

I’ve had quite an unexpected Christmas this year, with some very big news to share with you all today. My partner, our Tuesday writer, Mike, proposed to me on Christmas Eve. In front of the tree and all the stockings hanging over the fireplace. And more importantly, in front of all of Drew’s family.

We weren’t back home in Ohio you see. We were down in my home state of Texas, visiting my late-fiance’s family for the holidays. Which was already beautiful enough… the first time Mike, his daughter Shelby, and I were spending Christmas with my dead person’s family. Staying with them for a whole week. That alone was huge for me. And then, without my knowing, Mike planned the whole proposal to happen while we were down there with Drew’s family.

What’s more, is that he made the ring and the ring box. And upon proposing explained to me that he had had Drew’s parents send him a piece of mesquite wood from their ranch back in Texas, and he made the ring box out of it. Then he added me to a group conversation with all of my family and friends that has been going on for months… all about the whole big plan to propose. He sent pictures to them as he was working on the ring and box, and got their feedback and included them in the whole process. Then he showed me countless pictures that his daughter took, as she was out in the garage with him almost nightly working on this secret.

So there I was, standing in the living room of the first man I was going to marry, surrounded by all of his family, being proposed to by the second….

There I was, hugging Drew’s mother – the one I’ve grieved with the most closely since he died – us both knowing that this wasn’t how it was supposed to go, but it’s the best possible other way it could have gone.

There aren’t really words for how beautiful this was… to have Drew and his family be so completely a part of this happening. To know that they were in on it and welcoming it. To know how deeply happy they are for this new love in my world… and to know that they now consider Mike and Shelby both as part of the family, the very same as they have considered me since Drew died.

Many of you know our story… how we are both widowed and how Camp Widow brought us together into a crazy new adventure of love after having lost our partners in very different but equally painful ways. How I moved across the country to be with Mike and his daughter a few years ago, and what a struggle it was. And how beautifully our families and in-laws have welcomed our relationship. It hasn’t been easy, and it’s definitely always complex, but it’s beautiful in it’s own way.

The people around us these years have taught me deep lessons of love. They’ve taught me that sometimes people’s capacity to love is so much greater than I can imagine. That loving again does not have to mean losing more or replacing love. It doesn’t have to mean replacing one set of in-laws for another. Just like how, in a regular marriage, our family grows… the same can be true of widows remarrying if only we can keep our hearts open to the love.

This hasn’t been easy, I won’t gloss over the hard parts. I didn’t sleep that night after he proposed. I was full of anxiety. And grief. And sadness. And tears. I laid there for hours feeling every emotion. Largely, I cried because my own mom died many years ago, and the pain of not being able to call her and tell her about this moment was absolutely unbearable. Combined with the pain of having never gotten to marry Drew. And the fears of planning a wedding and actually getting married without either of my parents alive to be there. It was both one of the most beautiful nights and one of the most painful nights I’ve felt in a very long time. But that is life, and widowhood, always the bittersweet. I don’t think anyone escapes that.

I always hope that our story can bring some hope to someone else out there… someone who is struggling to imagine how they will ever love or be loved again. Someone who is terrified of the whole idea, but maybe still somewhere inside, they hope for it.

I couldn’t even imagine anyone loving all of this mess after Drew died. I felt truly like I might be fucked up so much by his death that I would either be A: too difficult to love or B: unable to open my heart up to someone again. Neither of those fears ended up being true. I also feared I would love Drew’s family as I leaned into a new life once I met Mike. But always I held onto a vision of what I hoped for it to be… a love in which I felt like my old life was honored so completely and even more so, welcomed as a part of who I am. A love that allowed me to say when I miss my first person. A love that welcomed his family into our world as if they were mine – because they are. And many others around me who would be endlessly supportive of whatever new life I build.

I held on to that, even when I feared it wouldn’t happen. I decided early on, I would not settle for anything less than that if I was to love again. And I let that vision guide me. To my surprise, the guy who showed up at the bar 4 years ago at Camp Widow in Tampa turned out to be the one to fit that vision… and the rest, though complex and not always easy, has really fallen into place about as well as can be expected. We did lose a lot on this journey, but I think we have gained even more than either of us could have ever imagined. 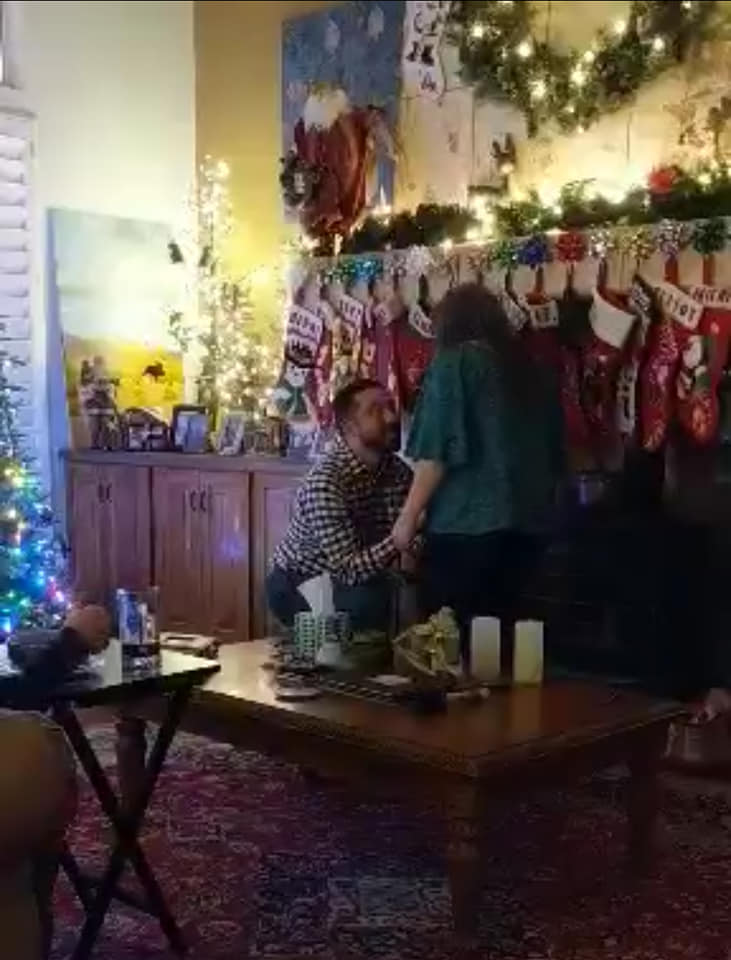