….and so did my brother Edward.

I also know that this is a blogsite for widows, and I am widowed. But in addition to losing my husband Mike in 2017, I had only recently lost both my youngest brother Edward (15 months earlier), and four months before that, my closest male friend Don. And since Mike’s death, our youngest child took her life, 18 months ago. And all of the deaths and losses combine and mix and create one ongoing whirling slurry of messiness. And all deaths, as all lives, matter. So yes, I want to take a moment to talk about losing a brother, and why I feel compelled to honour him five years on.

On 10th January 2016 at 6h45 am, my brother Edward took his final breath at the Maison de Tara in the gracious company of the night “veilleuse”, Grace. A woman who came to love Ed over his 7 weeks at Tara, and who, still present today at the hospice, regales me on the occasions that our shifts overlap, with stories and anecdotes that are still new to me about her middle of the night conversations with him.

Later that same day, David Bowie died. His death, understandably, caused much more drama and distress around the world than did the death of my brother Edward. I remember my dad commenting that “David Bowie lived more than 20 years longer than Edward did”, when everyone the world over was exclaiming how young he was when he died. A couple of days over 69.  Edward was only 46. 69 is too young. And 46 is horrendously young. And of course there are much much much younger deaths. It is all absurd.

How long should one mark, honour, commemorate a loved one’s death? I know enough now to know that there are no rules, and each person must do as they choose. Compared with other people in my life, I feel oddly compelled to mark the deaths of those closest to me “in community”. With others. I have been reflecting on why that is, particularly as I realise that it is not at all what others want, which is perfectly okay.

I think it’s because I have had two crackingly gigantic deaths subsequent to losing my brother. Losing a brother can be huge, if the relationship is as close as the one between Edward and me was. Siblings hold your stories. They validate, they confirm, your entire life, and especially your early life stories. The overlap with history is never closer than with siblings. They see you through thick and thin, have similar experiences but remember them through different lenses. They call you on things you said and things you did that you’d much prefer were lost in the mists of time, but they also mirror back the arc of development that you’ve had, hopefully over the course of a lifetime. I know Ed valued and loved me unwaveringly as a big sister. Our relationship changed over the decades we had together, but he’s the one brother I never lost touch with, regardless of how many time zones apart we lived. 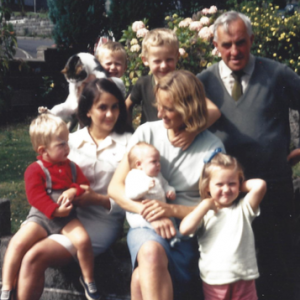 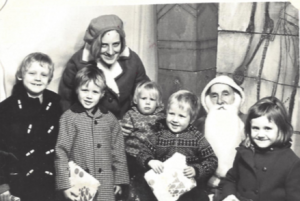 Has my life been irreversibly altered with Ed’s death in the same ways that it has with Mike’s and Julia’s deaths? No – of course not. We were close friends (and losing a friend hurts a lot), but I wasn’t relying on him to be around for longer in the same way that I relied on Mike and Julia being around. (In truth, as with Mike and Julia, and Don for that matter, I just assumed he would be around).

A few days before Ed’s official Deathiversary day, I found myself compelled to set up a zoom call with friends and family of Ed’s, to talk about him, tell stories, bring jokes he would like. Anything. The low level of interest made me realise a couple of things. 1) People prefer to commemorate alone and 2) five years feels a long time to some people. Time to move on.

I think that if my losses had ended (for now) with Ed, I might have felt the same. I’d probably have grieved him more than I have done these past years, overwhelmed as I have been for over four of those five years with caring for Mike, Julia, Ben, Megan and myself. So I wanted to carve out some special space for remembering Ed, because I don’t do it enough. I want to revisit some stories. I want his stories to get to his girls who were so very young when their dad died, and who might one day be curious to learn about who their dad was through the eyes of his friends, parents, siblings or other relatives. I was with Mike for 30 years, but listening to his CD stories of his life taught me things about his childhood that I had never known. It is only now that my own kids are getting very curious about the man their dad was, so I know that this stuff takes a while to be absorbable.

The other reason I think I wanted to do something to commemorate with Ed in community is because with the other losses I have had, I have withdrawn from formerly important pockets of social structure in my life. I know it’s an inevitable aspect of life after loss, but from time to time I am curious about testing the waters of former friendships with my little toe. It’s safest when the context is not me, and definitely not Julia. Julia is too recent, too hard. Commemorating Mike three years after he died was just about bearable and immensely soothing. And having not done anything similar for Ed (other than alone, and I do too much goddamn grieving alone), I wanted to do something more social.

Honouring and commemorating alone – yes – all the time. It’s my daily bread. But from time to time, I just want to come out into the open and do something more extra-ordinary. Perhaps it’s because my more recent deaths are too hard for me to touch, and I don’t want them to be forgotten, so I bring in Edward to help ease the transition. It makes total sense to me. It feels like these losses are all like the hottest chilli peppers the world has known, and I have been eating them whole for a few years now. It’s so hard and violent that it’s hard to remember what the first one or two were like. And this is my way to bring one of them back into my life at a time when I can look at it, taste it, hold it more closely.

Thank you, Ed, for being in my life for as long as you could be. I miss you, and it still feels unreal. I used to wish you were hanging out dancing and singing with David Bowie, but now I hope you’re drinking red wine with Don and Mike, and helping Julia pluck up courage for another stint on planet earth, whenever she’s ready.