I was born into a military family.

My dad was career Army, a West Point graduate.

Two of my brothers served in the Navy and the Marines, respectively.

A good part of my growing up years were spent on military bases, both in Germany and the States.

My dream came true when I spotted Chuck in his dress blues, at his house just down the street from my mom’s, where I was living following my divorce. 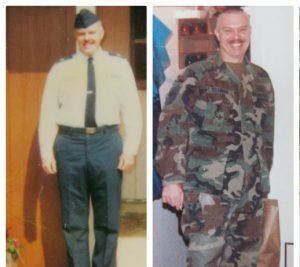 I almost fainted dead away. He was that gorgeous, even at a distance.

A few weeks later, there was a knock on the door of my mom’s house and I opened it to find that same man, now dressed in his BDUs, standing there, smiling at me with a smile that took me into the next 24 years of my life.

Veterans Day is a tender day for me, as I remember all the things about Chuck that I admired and respected.

He was a MSgt when I met him.

On our wedding day he wore those dress blues again. 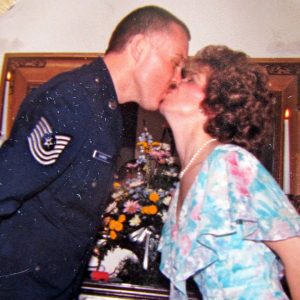 Our cake was 3 tiers and I placed little grey plastic fighter jets on each tier. He wasn’t a fighter pilot, but I couldn’t find any plastic C-141’s, the plane he rode on as a flight navigator, so I made do. 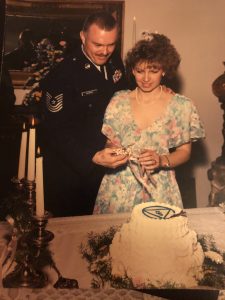 Chuck exemplified the Air Force motto: Integrity first. Service before self. Excellence in all that we do.

He was gone 3 weeks out of every month in the time leading up to Desert Storm. Oftentimes I’d get a quick phone call from him…I’m heading out. No, I can’t tell you where I’m going. No, I don’t know when I’ll be back. I’ll come back. I love you.

We went to a local parade when Desert Storm ended. I remember the yellow ribbons around all the trees. 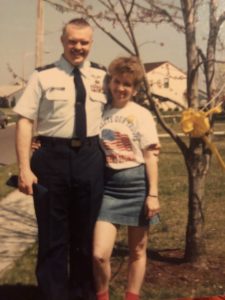 I remember going to the base when he reenlisted or was accepting an award, and feeling so frickin’ proud of him.

We cut the cake together upon his retirement. 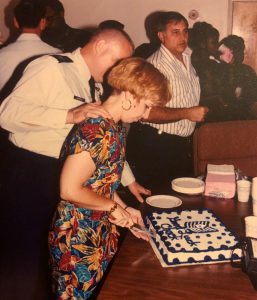 Nerves singed along inside my veins on 9/11 when I learned of the attacks and tried to reach him at work, only to find out that all lines in and out of the base were shut down. He got home at midnight that night and I breathed again.

He returned to his old job when he took a civil service position, and stayed for 11 years, until he’d had enough and we decided to get out of the rat race. I should go back and thank his boss there for being such an asshole, taking morale down to ground zero, and forcing Chuck into full retirement.

At which point we began our Happily Homeless travels.

We had those last 4 years together, adventuring, and stayed at many a base around the country.

Taps would lull us to sleep at the end of the day.

I still have the jacket from his BDUs…that jacket he was wearing the day he knocked at my mom’s door and I opened it to find the best part of my life standing in front of me. It hangs on the driver’s seat of my pink car.

I have his flag, too, that was presented to me at his memorial service. It sits on the pillow next to mine at night and sometimes I wrap my arms around it, inhaling the memories that come with it. I’ve never put it into a box; I want to be able to hold it close to me. 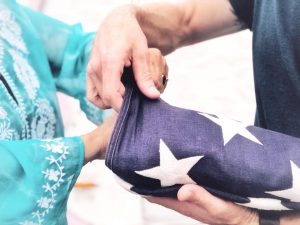 I’ve learned to refold it myself, though sometimes I stop at a base and request that the Honor Guard refold it. Our sons folded it for me once too.

Today, as my heart fills with missing my veteran, my blood will sing in remembrance of all our July 4th celebrations at Soldier’s Field at Ft Dix, NJ, where, year after year, I had to push Chuck to stand up and be recognized when his branch of service was called, as John Philip Sousa tunes played in the background. 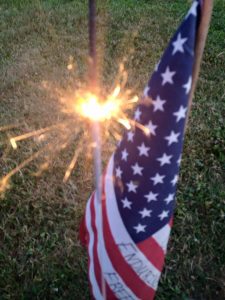 I still have the small flag we set into the ground next to our chairs. It travels with me too. 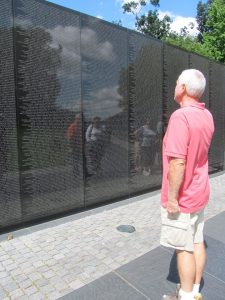 I’ll remember Chuck standing tall, rendering a perfect salute, in front of the Vietnam Veterans Memorial, as he honored his buddies who fought and died in that war.

I’ll remember him calling my dad Colonel, in all seriousness, and my dad calling him Chuck, with humor in his tone because, well, branch rivalry…

I’ll remember my veteran dancing with me through the years. Kissing me. Holding my hand. 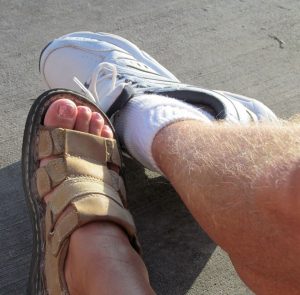 Living our adventures together. Sharing a life with me that was filled with passion and Love and respect and kindness and nurturing.

I remember my veteran… 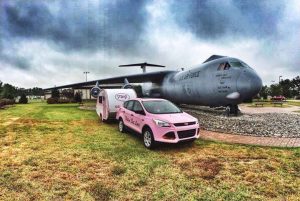