That word. “Anxiety.” It used to drive me nuts when Suzanne, or my daughters, would mention they had it. The reason was: I didn’t get it—literally and figuratively.

Anxiety always seemed to provide a convenient excuse to not get involved or do something. It was never a problem when we had fun things to do… But something serious? That was another story. One or all of them was always getting anxious when something serious was taking place…

In all my life (I’m inching closer to 52 years old now), I had never experienced anxiety. In fact, I never really felt like I had any mental health issues. That was until 2019.

In my 51st year of life, I finally realized what anxiety was, and how debilitating it could be. I found out first-hand. I started to suffer from it for the first time in my life. It sucks. It’s paralyzing. And the fears, while seemingly rational, are totally irrational and largely uncontrollable.

Suzanne had anxiety. It was not something she had all of her life. It might have been there when she was younger, but whatever the reasons she had it, her anxiety became far worse after she got cancer in 2007. And I couldn’t blame her. If my life was suddenly dominated by the fear of cancer invading my system, I think I would have been anxious, too.

For the most part, though, she was strong and healthy both mentally and physically. Occasionally, from her first diagnosis onward, she would have panic or anxiety attacks: in some cases, she would wake in the night full of fear; or she would quake in her sleep (shivering in fear). Mostly, it was from the thought of dying young or the thought of leaving our girls before they had grown. Both caused her incessant worry and anxiousness.

And our daughters suffer from it, too. They either inherited it, or they learned it from “the master.” 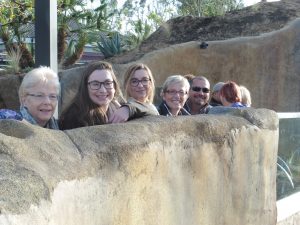 But for this post, I am not only writing about their anxiety, but also my own—and about the anxiety I see every day now. Although totally understandable and relevant in this momentous time, what I see in my Facebook feed and across the world is troubling and anxiety inducing for many people.

These are truly anxiety inducing times. Pandemics are scary and we have never known one in our lifetimes… It is truly scary. And it’s okay that we are afraid of the unknown. We are fearful that life as we know it will end, and it could. No, I am not trying to induce an anxiety attack for anyone, because to me, the idea that the world as we currently know it ending could actually be a good thing.

As many of you know, I chose to be a personal coach for the same reason I chose to change my lifestyle after Suzi died. It was because I felt the life we had been leading up to and immediately after her death was unsustainable. It was. Now, in so many forms, I see anxiety in the faces and in the hearts of so many other people. Anxiety like what I felt. And, like I was able to do, I want anxiety to be replaced by a sense of optimism and openness to the possibilities.

You see, I realized a while ago that we aren’t vampires. None of us will live forever. And, more importantly (for most of us anyway), I have seen that the life we are living now basically is no life at all—and this pandemic has really shone a spotlight on the way we live to work, instead of work to live. The number of people who have already been laid off from their full and part time jobs, and side gigs, is truly staggering. It has proven that most of us are living in an open, walking, waking prison.

In some ways, I now take the view that Suzanne’s death was (for her at least) a release from this over-sized rodent matrix we have been toiling away inside of for all our lives. We all know that we were handed a death sentence at birth. But are we living or are we imprisoned by life? I think it’s because many of us sense it is the latter, we are filled with fear and anxiety.

The imprisonment many of us feel in our own lives reminds me of the film, The Truman Show. In that film, the main character lives and works in a community he loves, but he can never leave. He is effectively a slave in his own existence, blissfully ignorant of anything but what he is experiencing until love, true love, breaks down his “prison” walls.

It is my sincere belief that the way we choose to live our life will either make us anxious or set us free. Most of us simply live day-by-day, unconsciously and miserably. Many of us feel like Truman, stuck in a space we can’t seem to escape. And the systemic treatment most of us experience throughout our lives further ensnares us in this cycle. That leaves us feeling anxious about the future, guilt ridden about the past and unable to live in the present moment.

“But living in the moment is a gift! That’s why it’s called “the present” (ha ha). Seriously, though, Suzanne’s death taught me something profound.

The life most of us now lead is unsustainable—and I hear this regularly from people I know and love (not only other widows and widowers but also friends who have not experienced the loss we have).

The highly volatile situation the Coronavirus pandemic is causing is making people really anxious. But could it also act as a wake-up call to everyone who is truly willing to put aside their fear of the unknown and instead embrace the opportunity this could offer, and make real changes?

I got my wake-up call 20-months ago when Suzanne died. Is this the moment you get your wake up call?

When I think about my life and the choices I made, I remember my history studies from college. I am reminded that the idea we “should” be working in dead-end jobs, that we “should” be doing things we dislike (or even things we believe we like), that we “should” be slaves to paychecks and/or the clock… are notions and experiences born out of 18th century ideals that not only enslaved generations of people but also was based on the belief that certain castes of men, women and children were property (or worse).

We work our whole lives for what? To grow old and retire on a nice pension and “enjoy” the sunset of our lives? (To stick with the analogy) I ask incredulously “why should we wait until sunset to enjoy this weather?”

My anxiety grew directly out of realizing that the choices I made were enslaving me in a life I did not want. Choices like returning to work too soon after Suzanne died. By choosing to try to “go back to my old life” with the idea in my head that I would eventually do many (or all) of the things Suzanne and I had planned to do in this life and after we retired. 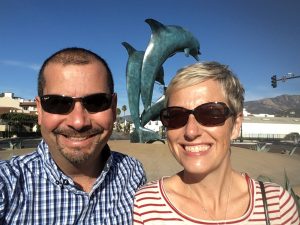 But my anxiety and guilt were crippling me. I was unable to function, to think, to focus. I failed miserably at my job and was wrecking relationships with people I loved.

The anxiety felt like it was literally killing me. And I had to figure out how to address it.

While the process and journey were difficult, I eventually overcame my fears and I overcame my anxiety. I released all the anxiousness and the self-limiting beliefs that were holding me back at that time… and for the most part, I have “awakened” to find freedom, peace and serenity in my existence (and that journey will be part of my next post).

If we all survive Coronavirus (and since there are a lot of people ignoring medical advisories, saying it’s all hyperbole; unfortunately that may not be the case), what could you do to examine your life and the choices you have made? Undoubtedly, some of those choices may hold the key to what has caused any anxiety. Just as likely, the choices we make from here onward will be the key to our freedom. For me, it has been that way. Hopefully it will be that way for you…

Until next week… Much love!