In the last two years, I have made some seriously life altering choices. Originally, I was going to call this post “Bad Decisions”… But “Accepting Choices” actually seems more appropriate.

Especially for my fellow widowers, I want to start with dating. It was one of the first things I decided to do after Suzi died. Within three months of her death, I was active on dating websites. In less than 5-months, I was “in a relationship”.

The first woman with whom I had a relationship bore the brunt of my fears, anxieties and frustrations. She became the object of an obsessive need to “fill the Suzanne sized hole” in my life. I vehemently denied this to her, but it was true.

In that moment, I was too much for someone going through a divorce, who had three children of her own, and who needed her own time and space on a regular basis. The pressure she must have felt from me must have been both suffocating and oppressive. To her, I say, “I’m sorry.”

The second relationship (which only recently ended) “should” have worked. It was, for all those who saw us together and know us, supposedly a perfect union. But it wasn’t. No, I can’t put my finger on why I felt like I can no longer be with her. It certainly isn’t cut and dry.

What I did know was that I felt like something inside of me was out of alignment. It was not her that felt things weren’t working. It was me. I couldn’t get past my grief and out of my own head to truly let go and accept the beauty of this new relationship. I guess it came down to the fact that she was not Suzanne. It felt like I didn’t actually deserve another “great love.”

Choosing to step back from the relationship was a very difficult choice to make. Extremely. That may even have been a bad one (I”m trying not to judge myself here). 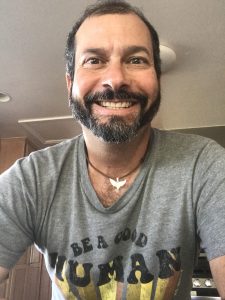 So, like in the first relationship, I came to realize that I still had to work on my own shit before I can fully give myself up to anyone else. To her, I have to say, “I am sorry. Forgive me. Thank you. I love you.”

And relationships have not been the only area of my life where I made some “difficult” and (probably) not very wise choices.

After I received a life insurance payout, I started to explore investments. Initially, I wanted to buy a business (outright) as well as several rental homes to generate income, but things didn’t quite happen that way. With some “bad choices”, the money flowed out like water—I spent too much on lavish gifts for others. I gave and also allowed my kids to spend money freely (thinking it was okay to spoil them).

I bought an investment property and rented it out. After a few months, repairs that the previous owner probably knew about (never disclosed) but did not make, started to require attention. It became a bit of a money pit.

Just to clarify, houses are usually a sound investment. This was a 45+ year old house with a guest house at the back of the property separated long before I bought it. I inherited a great set of tenants in the guest house, so already earning income. They paid rent and utilities every month, on time, every time.

Unfortunately, the people renting the main home (the larger house) were not as reliable and couldn’t pay their rent every month. When I realized how much it had become a money pit, I started to lose interest. After increasing frustration, I sold the property this year. After taking into account all that I had invested into it, I sold it at a net loss of thousands.

Yes, I successfully made other investments. Today, I own a home and (instead of owning a business) I am 10% shareholder of a larger business based in Scotland. Truthfully, it’s kind of a fun and cool business to be a part of (so I am not unhappy about that choice at all).

I have also invested in my own coaching business. Recently, I decided to work primarily with other widowers to help them start to fine new meaning and purpose in their lives after losing their person.

The things I have been doing, chasing a new partner and investing money in things I think will bring me “happiness” and “wealth” have been “poor choices” (yes, I am judging myself). But, I do know that I have created tremendous wealth for myself—yes, I created it—and it is something of a conundrum. 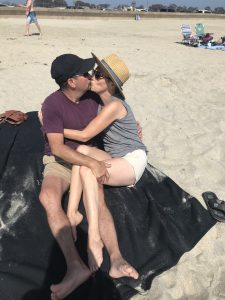 Everything I have done, the self-sabotage, the rushing into the first relationship, the ending of the second, the “good” and the “bad” investment choices, etc. has been based on this story. I keep telling myself that my identity as a person, as a man, as a father, and as a partner is based on my relationship with Suzanne and how I showed up in it.

I am still in a process of transformation. Over the last few weeks, since I ended the second relationship and “shed” the rental house, I have actually felt weight lift off of my shoulders. I am more relaxed and at ease with the decisions I have made and have noticed something. The identity that I was clinging to has started to fall away and a new one has started to emerge.

In the last few weeks, I have started to create a new identity. The coach, the helper, the man who changes the lives of other widowers. That’s part of the new identity. As is the solo father who maintains boundaries but still shows up for his kids (this has been a huge struggle for me and it impacted both my previous relationships). All these choices I have made are part of my new identity. And my new identity continues to evolve—”something from nothing”—as I do… but that’s also a choice I have made. And now I choose to be a healthy, present, open, conscious, and helpful person for myself and others.